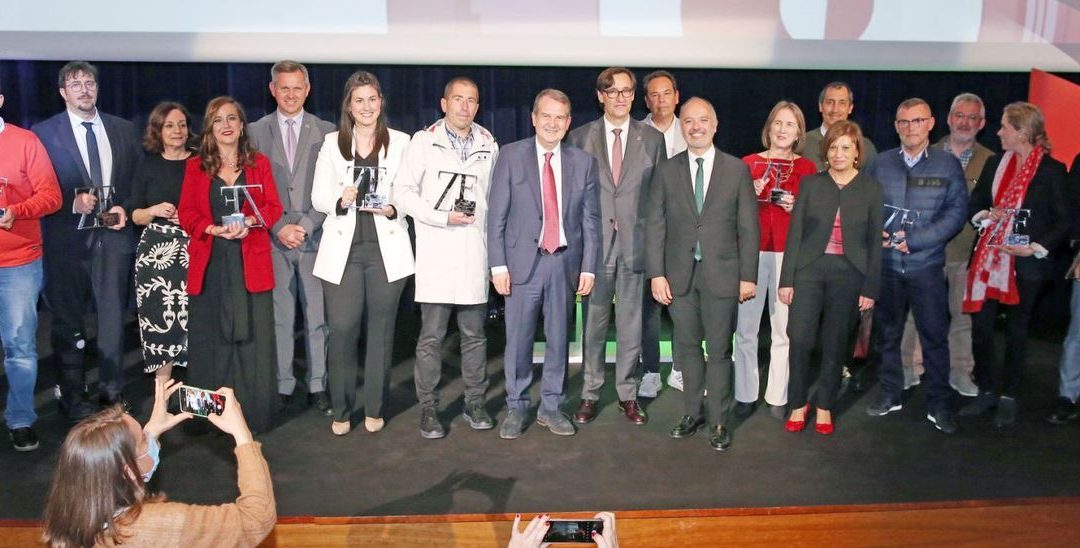 More than three hundred representatives from the industrial, economic, social and political world filled the Afundación auditorium in Vigo on Wednesday to attend the Ardán Awards ceremony for business excellence in Galicia. Doce fueron las compañías que recogieron el galardón al obtener el mayor número de indicadores de competitividad. Recognition was also given to the former Minister of Health, Salvador Illa, for his management of a key government portfolio during the pandemic. The delegate of the Free Trade Zone, David Regades, gave the welcome and the mayor of Vigo, Abel Caballero, closed an event which was also attended by the delegate of the Government, José Miñones. The keynote address was given by the Chairman of Fundación Garrigues, Antonio Garrigues Walker.

Regades acknowledged that “obtaining an Ardán indicator is certainly difficult and they are only achieved after an objective analysis”. “The trajectories of these companies symbolize everything we want to achieve in this meeting. They are companies that seek to do things well, an attitude that does not understand size, activity or location, but is transversal and depends on the vocation and commitment of business leaders and their teams,” he stressed.

Of the 33,000 Galician companies analyzed this year by the Free Trade Zone department, only 5% met the criteria to obtain an Ardan Indicator and are responsible for 54% of the wealth created by the entire business fabric and 38% of the new jobs created. The gender composition of these companies is more balanced than the Galician average, with a smaller wage gap, and their economic profitability is more than 10 percentage points higher than the average for Galician companies. Productivity, measured by the creation of gross value added per employee, is three times higher than the average obtained by companies in Galicia.

Of that 5%, 12 companies were recognized at the event, which have obtained six, five or four indicators. For Regades, “doing it right, doing it correctly, has never been so important in the face of challenges such as climate change, technological innovation or the aspirations of citizens in advanced societies to guarantee equal opportunities”.

Following his keynote address, Garrigues Walker engaged in a dialogue with Regades and his responses drew applause and sometimes laughter from the audience for his sense of humor and optimism. “I think it is immoral to be pessimistic when you have more than enough means and resources,” he said. The mayor of Vigo and president of the Consortium, Abel Caballero, assured that “Zona Franca is the largest public economic dynamizer in the north and west of Spain”. The former Minister of Health, Salvador Illa, wanted to highlight “the decency in the management of the pandemic” and claimed the “policy of respect and agreements, of self-demand and shared identities”.

On behalf of the award-winning companies, the president of Hermasa, Sara Rodríguez, spoke, emphasizing that “these awards are another pillar that reinforces Galicia as a region worth investing in”. “Thanks to the work of institutions such as Zona Franca, an innovative ecosystem is being generated that positions us as a benchmark in the creation of companies and job creation,” he concluded.

This year’s Ardán awards recognize the trajectory and good work of twelve companies from different sectors and from all over Galicia that stand out in most of the competitiveness indicators analyzed by the Zona Franca department.

This website uses cookies to improve your experience while you browse the website. Out of these cookies, the cookies that are categorized as necessary are stored on your browser as they are essential for the working of basic functionalities of the website. We also use third-party cookies that help us analyze and understand how you use this website. These cookies are stored in your browser only with your consent. You also have the option to opt out of these cookies. However, the exclusion of some of these cookies may affect your browsing experience.
Necessary Always Enabled
Necessary cookies are absolutely essential for the website to function properly. These cookies ensure the basic functionalities and security features of the website, anonymously.
Performance
Performance cookies are used to understand and analyze key performance metrics of the website, which helps to provide a better user experience for visitors.
Analytics
Analytical cookies are used to understand how visitors interact with the website. These cookies help provide information on metrics such as number of visitors, bounce rate, traffic source, etc.
Functional
Functional cookies help to perform certain functionalities such as sharing website content on social media platforms, collecting feedback and other third party features.
SAVE & ACCEPT
Powered by